Beyond Crypto: The Breakout Board Usage Saga

While the breakout board usage here at ParallelMiner has always been almost exclusively for powering ASIC miners, GPUs, and motherboards for cryptocurrency mining, that's only the tip of the iceberg of their potential.

Server power supplies have been a hidden gem in the RC world for those inclined to learn how to DIY and solder; that is, until the advent of breakout board usage made it feasible for everyone. How many projects have breakout boards helped bring to fruition?

For ages, the main non-mining usage with the server power supply and breakout board was to charge batteries. From miniature airplanes to custom-built speaker systems to commercial-grade ham radios to ebike batteries, our customers have charged or powered countless electronics over the years!

The Lightbulb Turns On

In late 2017 we noticed an increase in purchases of breakout boards by themselves. At the time we could only guess the reason(s). Backups? Replacements? Gifts? Reselling? Something new in the RC world that we were blind to and couldn't find in our internet searches?

Then one fateful day a potential customer called and asked about our breakout boards. And Christmas lights. The light went on for us that day! These creative souls were using server power supplies with our breakout boards to power their amazing light displays! 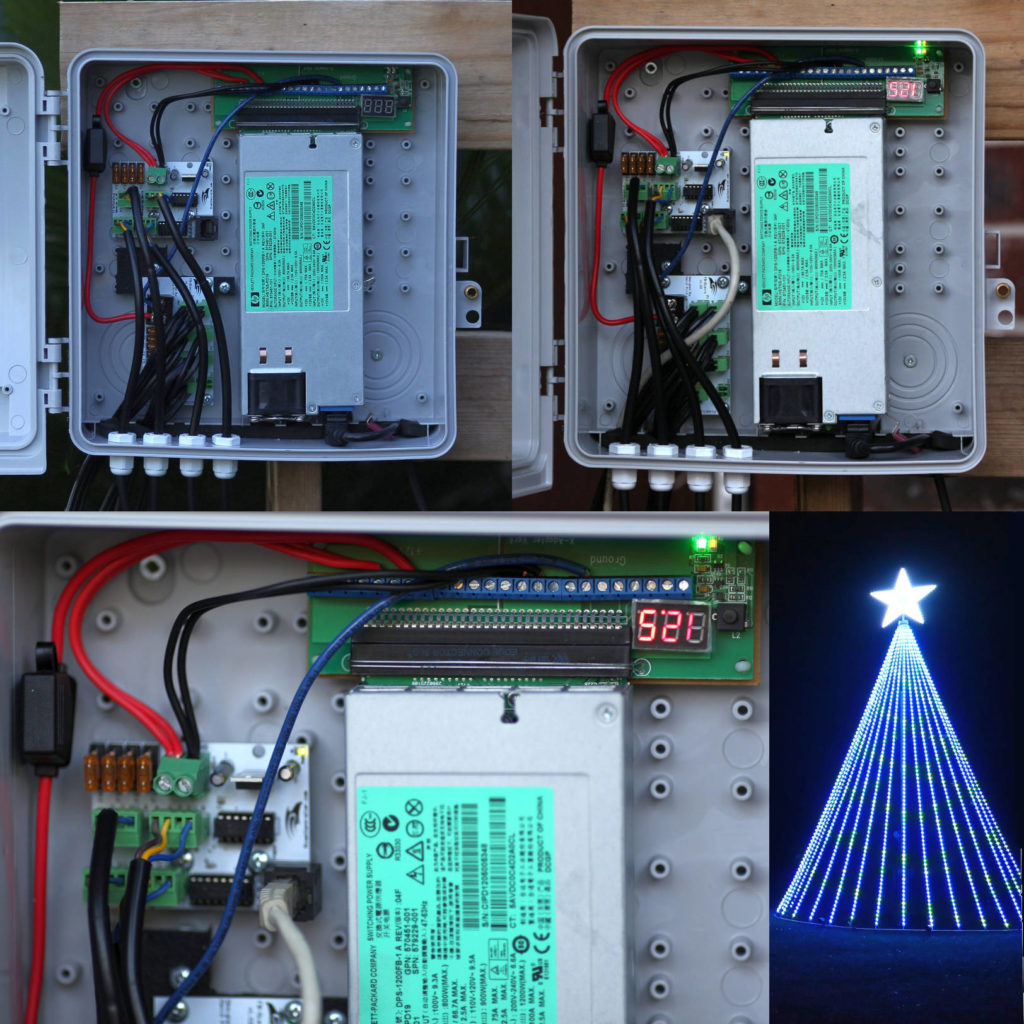 To know that our breakout boards were responsible for some amazing Christmas, Halloween, and even Valentine's Day LED light displays is exciting! A DJ even reached out because he used the server power supply and breakout board combo to create a romantic custom light show at a wedding he serviced.

The ingenuity of some people never ceases to amaze us. Today we came across a thorough article about using our X11 breakout board and how to get PMBus access to a server PSU! Written by a gentleman named Peter Lorenzen, the article goes into great technical detail. Additionally, it includes charts, diagrams, code, and has a plethora of resource links for readers.

We highly recommend that you read Peter's full article in all it's tech-spec glory HERE.

And More Yet To Come!

View all posts by: Missa-Lynn